Recycling was not collected on Coburg Crescent for two weeks in a row. A PRERA committee member and a Street Champion from Coburg Crescent got in touch with Veolia last week to try to get this sorted out.

Veolia did then come to the estate yesterday (Friday) and they picked up recycling along the service road. However, recycling which has been building up in other areas of Coburg Crescent due to the missed collections was not removed.

A further request has been sent to Veolia today (Saturday) to ask them to pick up the remaining recycling as soon as possible. We have also asked them to look into why the collections were missed and to make sure that it doesn’t happen again.

If you ever need to report a missed collection of rubbish or recycling, you can do it online using this the form on the Lambeth Council website: https://www.lambeth.gov.uk/rubbish-and-recycling/rubbish-collections/report-a-missed-rubbish-or-recycling-collection

Responding to a request from a resident, PRERA applied last year for some funding from the Veolia Recycling Fund for Communities. We recently heard that we have been awarded £1000 toward purchasing a bench (or some benches)! The bench will be made from recycled plastic, so we will be able to see where some of our recycling ends up.

Once we have the funding in our account we will be able to place an order and arrange for the bench to be installed. In the meantime, please let us know what style of bench you think would be best and where you think it should be located.

The council have proposed a policy for dealing with domestic waste on the estate – see below. Please let us know if you have any comments on it.

1. Domestic bulk refuse for everyone on the estate: we’ll provide residents with Pinnacle contact centre telephone number to agree bulk collection one day a week to mirror the service of the general council population but the only difference is that there’ll be no charge for council tenants and leaseholders. Residents will be required to leave bulk refuse no more than 2 hours before the pre-arranged collection. Any refuse or bulk left by any resident outside of this arrangement will be regarded as fly-tipping and will attract enforcement action ranging from fixed penalty charge, anti-social behaviour warning to eviction or lease forfeiture (in very rare but persistent cases).

This will be an appointment ONLY system for residents to dispose their domestic bulk waste. The system will:

2. Flats including Bushell Close – we do not propose any significant change other than to use the cameras on Palace Road to monitor the bin chambers to enable us to carry out enforcement action against fly-tipping by vans/lorries driving to the estate to dump wastes.

3. Houses on Coburg Crescent
Immediate steps:
a. A letter will be sent to residents asking them to store wheelie bins in their individual back gardens or in the wooden bin stores between collections.
b. Letter will also reiterate that all waste (refuse and recycling) should only be put out on collection day only and any departure will be regarded as fly-tipping. The draft letter will be prepared by Veolia and circulated to TRA for comments before being distributed
longer term-
c. Green bins to replace clear bags for recycled waste have been suggested in the past and will be reviewed again now that improvement to parking and access to the estate has improved
d. If green bins are not possible option of a designated collection corral will be looked at. This is not something we’ll favour as it’s more likely than not to attract general refuse, bulk and fly-tipped material.
e. Moving waste presentation points for residents to the front of the property at the roadside to assist collections
f. Carry out bin rationalisation and also swap current black bins to 140l in line with Lambeth standard offer

The rubbish and recycling were not collected from Coburg Crescent on Tuesday (as scheduled) or Wednesday. After calls to the council and emails to our Estate Housing Officer, Veolia managed to collect our rubbish today (Thursday), but still haven’t collected our recycling. The PRERA commitee will continue to chase this matter until it is resolved. 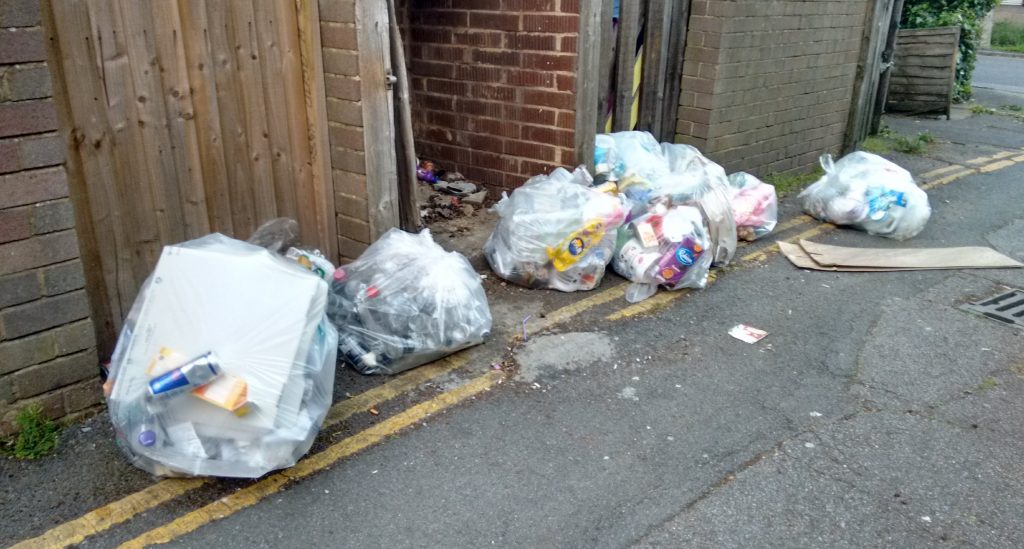 Update on Friday 11th May: Veolia have just collected our recycling, at last.

Coburg Crescent’s recycling wasn’t collected on Tuesday – see this post. After the PRERA committee contacted Veolia, local Councillors, the estate services department and the Cabinet Member for Environment and Transport, the recycling was collected on Friday. It remains to be seen whether recycling will now be collected regularly. Please let us know if there are further problems. 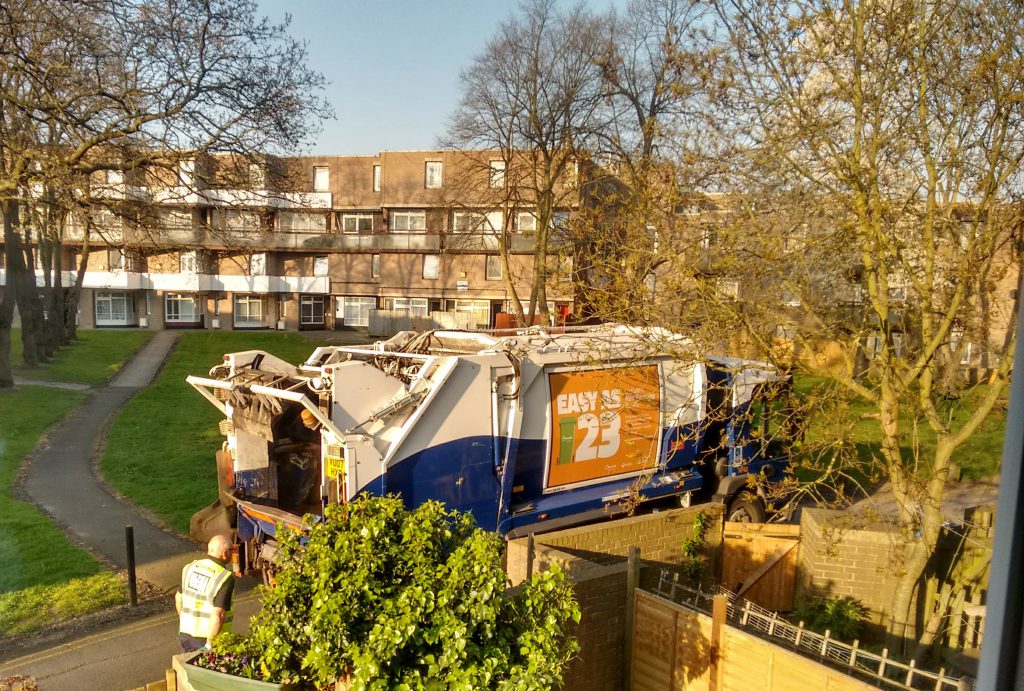 Recycling collections by Veolia have been very hit and miss for Coburg Crescent since the collection day changed from Monday to Tuesday last month. No collection took place on Tuesday this week and at the time of writing (Thursday afternoon) recycling is still waiting to be collected. The committee is chasing Veolia and the council to get our recycling collected.

In early 2017 new green wheelie bins will be delivered to Coburg Crescent. These will be for recycling and will replace the clear plastic sacks that are currently used. The council sees this as a way to reduce the amount of rubbish on the streets due to split recycling sacks.

The new green wheelie bins will be 240-litres in size – larger than the standard black bins, which are 140-litres. They are designed to have the capacity of five of the plastic sacks. The new bins should arrive during the six weeks from 17th January 2017.

You can find more information about the new scheme here.

For the first few weeks the waste contractor was not collecting recycling bags that were at the back of properties that don’t back onto the service road. Recycling was piling up. Rob made complaints about this to the estate services team on 26th September and 10th October. On 10th October the complaint was passed on to Veolia – the waste contractor. Today they replied, saying:

After the initial change in procedures at this location there was some confusion as to where the bags were to be presented for collection, resulting in a number of them not being taken each week.

We have addressed the problem with our collection crews and the estate services department and the issue has now been resolved. Collections are now taking place as per schedule and we have had no reports of a missed recycling collection for the last three weeks.

Is your recycling being collected when it should be (Monday morning)?